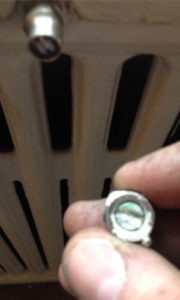 Is your home heated with a hot water boiler? Are you bleeding your radiators every fall before the heating season? Most people think it’s necessary, but it’s not. Find out what can happen if you purge your hot water heating system annually.

Uses a boiler with a circulator to heat water and circulate it throughout pipes and radiators to heat a home or building. Before circulators came into use, gravity would move the hot water around. It’s initially filled up with water and bled of air manually at every radiator through a little valve called a bleeder. Once all of the air is out of the radiation and boiler, the system becomes closed meaning no air can get in.

If a radiator is not heating that means there is an air pocket inside of it that somehow did not bleed out at the initial air purging. A leak in the system can also cause air to enter which will cause radiators and piping not to heat properly. 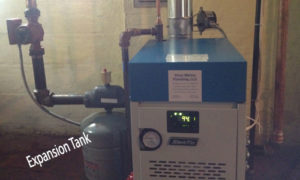 Usually, an expansion tank that has lost its air cushion will cause the pressure relief valve on a boiler to leak which will then create air pockets. Prolonged leaking will severely create significant problems to the boiler.

Regular bleeding of radiators or leaks will cause corrosion of the boiler, piping, and radiators. Regular air purging of radiators is not recommended or needed because the system is closed.  If you have to do this every fall or even during the heating season to get individual radiators hot, that means you have a problem somewhere in the system.

There are some instances where air pockets can be a problem in a forced hot water heating system. A real fix to eliminate air pockets or prevent them is to pump away from the boiler and install an air separator with an automatic vent on top. Preferably a spiro vent will break up any micro air bubbles and vent them out through its vent.

So if you’re bleeding your radiators every fall, you may have a problem, or you may be creating one and don’t even know it! Click here to schedule a fall boiler inspection with Vince who has years of experience installing and working on hot water heating systems. 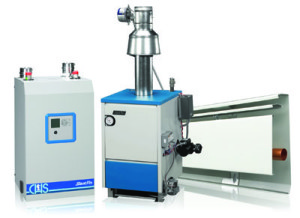